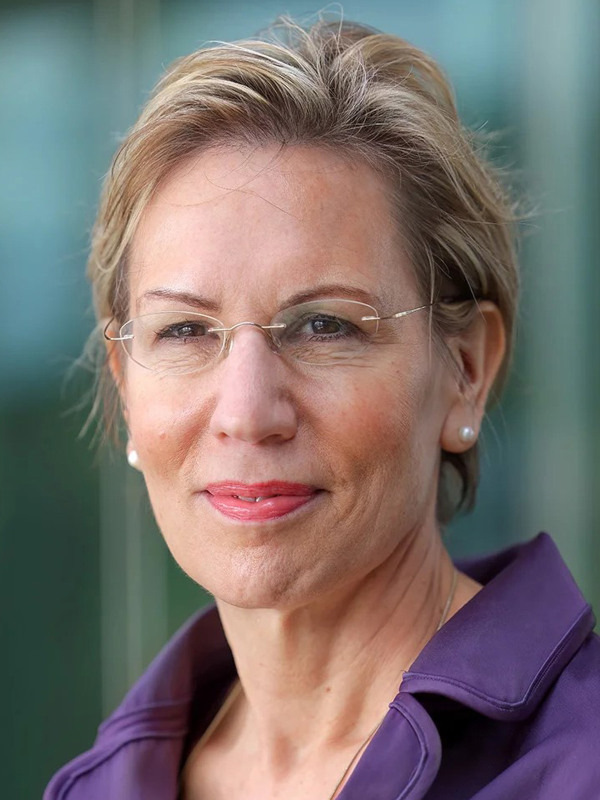 Sabina De Geest is a Professor of Nursing, Director of the Institute of Nursing Science (INS) and Chair of the Department of Public Health in the Faculty of Medicine at the University of Basel (UNIBAS), Switzerland. She is also a part-time Professor of Nursing at the Centre for Academic Nursing and Midwifery of the Department of Public Health at KU Leuven, Belgium, where she received her Master’s Degree and PhD in Medical Social Sciences. In addition, she holds adjunct appointments in the US, at Johns Hopkins University, the University of Pittsburgh, and New York University, and in Australia at the University of Technology Sydney.

Sabina De Geest launched the Institute of Nursing Science at the University of Basel as the first university institute for nursing science in Switzerland and has been director of the INS since. Over the past 20 years under her leadership, the INS has developed a leading role in the education of Advanced Practice Nurses in the German speaking world.  It has developed an internationally recognized PhD program and has a productive research portfolio. In 2019 the INS was ranked 37/300 worldwide in the Nursing Shangai Ranking.

Sabina De Geest leads the international, interdisciplinary Leuven Basel Research Group focusing on improving outcomes in chronically ill (e.g., heart, lung, liver, renal & stem cell transplantation) and older multimorbid patient populations. Driven largely by implementation science methodology, her research portfolio currently focuses on the development of innovative care models partially powered by eHealth technology. Across Europe, Australia and the Americas, she has coordinated major research projects addressing psychosocial and behavioural pathways and their relation to chronic illness outcomes, as well as the development and testing of instruments to standardize the assessment and reporting of patient-reported outcomes. She coordinates the team developing the ESPACOMP Medication Adherence Reporting Guideline (EMERGE) under the auspice of the European Society for Patient Adherence (ESPACOMP), an innovative and internationally validated set of reporting guidelines to enhance the quality of adherence research reporting. She is one of the co-founders of the Swiss Implementation Science Network (IMPACT).

In Switzerland, as a co-investigator of the Swiss Transplant Cohort Study (STCS), a nation-wide cohort study started in May 2008, Prof. De Geest heads the STCS’s Psychosocial Interest Group. She is also PI of the BRIGHT initiative, a study exploring heart transplant-related practice patterns, health behaviours and relationships between system factors and health behaviours in 1397 graft recipients across 4 continents, 11 countries and 36 transplant centres. Further research positions include PI of the SMILe project, aimed at implementing, developing and testing an innovative eHealth supported intervention for follow-up care of stem cell transplant patients, and co-PI of the INSPIRE project, an implementation science project to develop, implement and evaluate an innovative model of care for community dwelling older persons.

Sabina De Geest is a fellow of the European Society of Cardiology (1998), the American Heart Association (2001), the Royal College of Nursing (UK) (2004), the American Academy of Nursing (2006), the Swiss Academic of Medical Science (2008) and the European Academy of Nursing Sciences (2012).  She received honorary membership from the International Transplant Nurses Society (1997), the Swiss Nurses Association (2010) and the International Organization for Medication Adherence (ESPACOMP) (2016).  She was the Ruth Neil Murray distinguished visiting Professor School of Nursing, University of Tennessee, Memphis, USA 1998, the International Scholar in Residence Award of School of Nursing, University of Pennsylvania, (USA) (2003) and was awarded the prestigious Collen-Francqui Chair to give a series of lectures on Implementation Science at the University of Antwerp, Belgium (2018-2019).